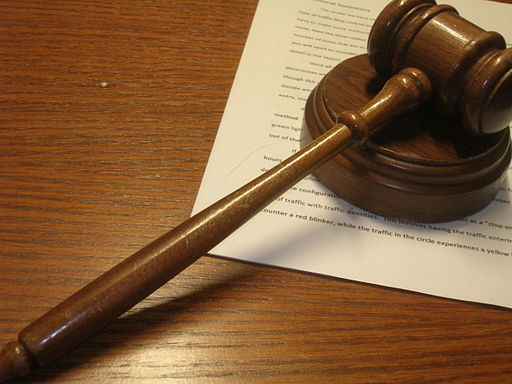 The prosecuting attorney’s first question to the prospective jurors was “So, was everyone excited about getting their jury summons?” The response was…crickets. Except for me. I actually was! Unfortunately, I was not one of the 14 in the jury box, I was number 17, and I sat in the first row of the gallery seating – hoping they’d dismiss some of the jurors and I’d get a shot.

Even though it was a criminal trial, it wasn’t something exciting like you’d see on NCIS – just a charge of disorderly conduct. The defendant was an older man, silvery hair and hearing aids in both ears. He sure didn’t look the type to be involved in disorderly conduct, but I know that any verdict has to be based on the evidence presented, not on how the accused looks. He was pleading not guilty because of self-defense. From some of the questioning done by the attorneys, it appeared to be a case of neighbors violently disagreeing over something.

The prosecuting attorney was very direct and succinct with her questioning. She didn’t come across cold or unfeeling, she just didn’t go off on any rabbit trails while questioning the jurors. She did pause a lot while speaking, I’m not sure if it was for the benefit of the court reporter (shout out to my favorite Army Sargent, Sandi Coast! Thought about you during all of this!) or if she was thinking of what to ask them.

The defense attorney was a whole different story. He was a hand-talker, and rambled on and on about a whole lot of I-don’t-even-know-what-this-has-to-do-about-anything. So much so that he didn’t even get to question all the jurors because he ran out of time. I’m sure I saw the court reporter and bailiff exchange some looks at least once. Juror number 16, who sat right beside me, quietly groaned and said under his breath, “we’re never getting out of here.”

Since they were only selecting a six-person jury and one alternate, I ended up not even being considered. They chose the seven jurors from the original 14 that went into the jury box. The last time I was called for jury duty, I at least got into the box, I just did not want to do it. This time, I really wanted to but no dice. I won’t be called again until 24 months have passed. I wonder if you can volunteer for jury service?

I was only there for about 2 1/2 hours, so I didn’t get to see much. The defense attorney didn’t like that there were trial witnesses in the gallery seating while the questioning of the jurors was going on, so they got escorted out. That was all the “drama” I witnessed. The one man looked kind of like a “hot head” and I imagined that was the neighbor with the dispute, but I really have no idea. He could have just been mad because he had to miss work to testify at a trial.

Even though I didn’t get to actually serve on a jury, I still enjoyed getting a chance to see how our justice system works and still very much appreciate the freedom we have in our nation to have a trial by our peers.

Have you ever served on a jury for a really exciting trial? I’d love to hear about your experience!