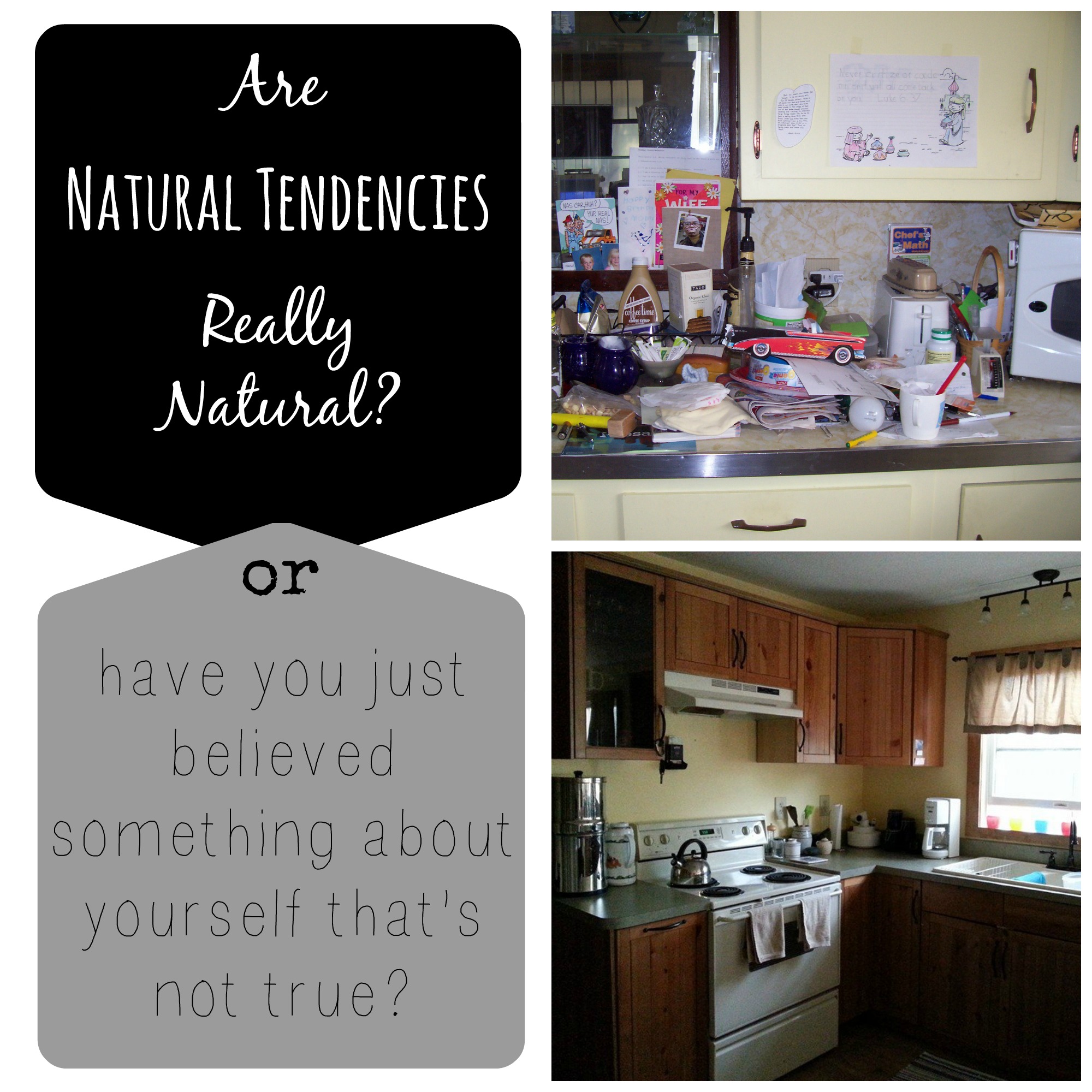 Night owl. Morning lark. Clutter bug. Neat freak. These are often referred to as “natural tendencies,” but are they really natural? Could they be something learned, or the result of not learning? How does the idea of “natural tendencies” fit with how YHWH created humans?

Recently, I had Heather from The Homesteading Hippy over and she said something that really got me thinking. She’s really good at that, actually! I love how she tells it like it is, at least how she sees it anyway. Sometimes, I disagree. This was one of those times, but it took some mulling over the question before I really could really articulate what I was thinking. What was the question, you ask?

Why do you fight against your natural tendencies?

You see, I have always said I was a night owl. I would rather stay up all night and sleep all day. I love the peace and quiet in the house, and there is something about being awake when the rest of the world is asleep that I enjoy, and something about getting up early that I do not.

Maybe it’s because I’ve always been kind of a rebel and a loner.

So, the question was why do I fight against my natural tendencies and try to get up early to get things done? Why not do them after everyone goes to bed since that is when I feel like I function the best? I’ve been trying to figure out just how that would work with our life and honestly, I just don’t see how it could. She had some good suggestions, like train the kids to sleep late so they’re not getting up before me and running amok. My 13 year old is already trained pretty well there, but the 6 year old, while he doesn’t wake up insanely early, still would get up before I would want. Still, I just didn’t see it happening.

My mind kept going back to that phrase…natural tendencies. I thought about how I was created in YHWHs image – shouldn’t my natural tendencies reflect his? If they don’t, are they really natural? Where did they come from? What should I be reflecting?

The verse about training up our children came to mind. I thought about my own training as a child. I was not “trained up” in a Torah keeping family, so my natural tendencies are more of a reflection of the world’s – do what you want, what feels right to you. Maybe because my parents often uttered, in exasperation, “do what you want, you don’t listen anyway”. Oh, the power of the tiny tongue. I was kind of a pain as a child, I’ll admit.

You see, I realized that by not being taught the way of Torah as a child I learned to follow my flesh. To do what seems right to me. It feels natural for me to stay up all night and sleep all day because that’s what my flesh wants to do. It doesn’t want to be constrained by things like schedules and routines. Where’s the fun in that?

Last week in my Clean Heart Devotional journaling time, I realized that by not being schedule-y and routine-y I’m very much like a disengaged gear. Spinning but not getting much accomplished. Never really connecting well. How are those natural tendencies working out for me? If frustration and disappointment are a measure of success, then I’ve been very successful! Are those natural tendencies a reflection of my Creator? I think not.

I’m thankful that Heather asked that question. It made me really think. I know I have a lot of work ahead of me to retrain myself to be something I always believed I was not. Funny thing, beliefs. Sometimes they’re not as true as you think they are.