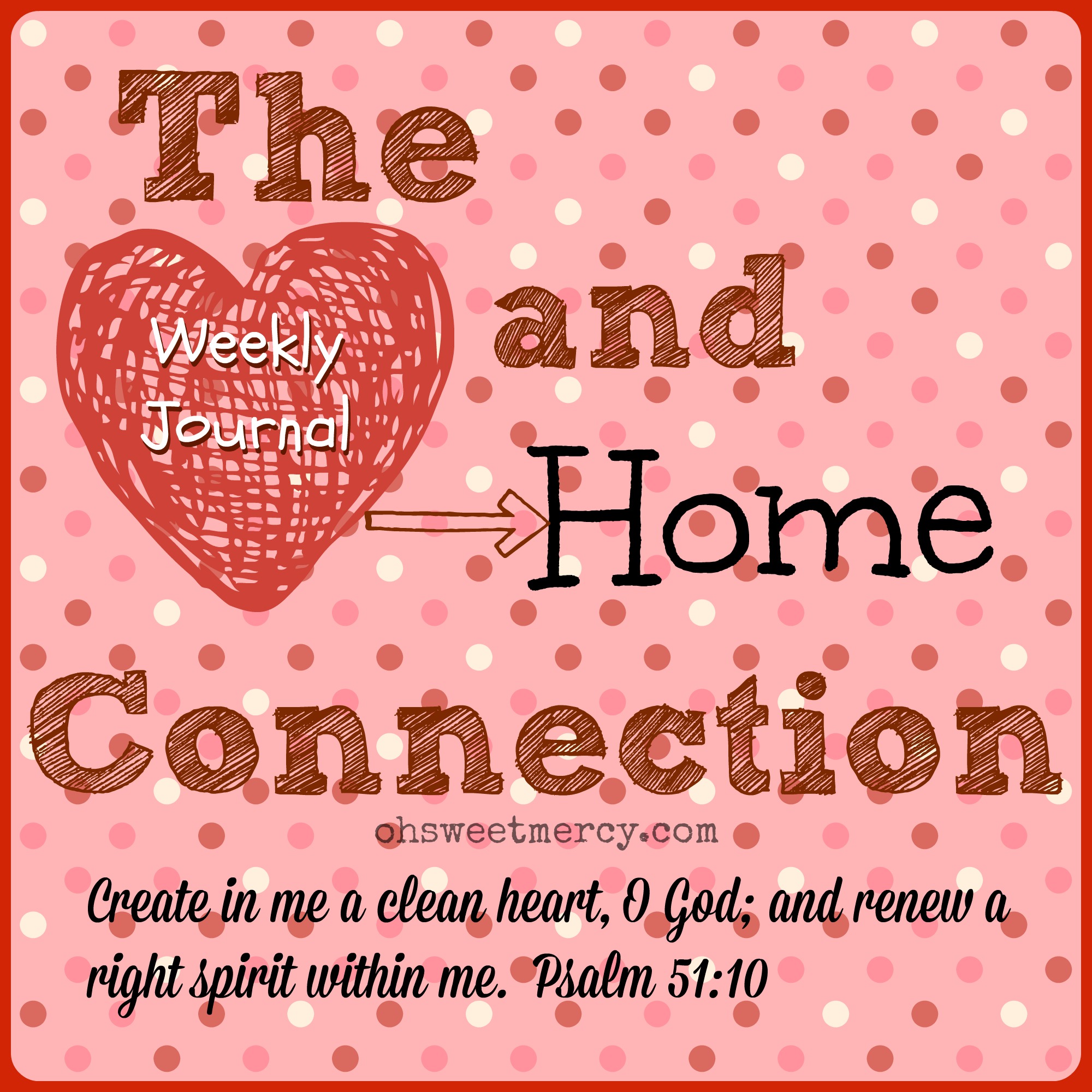 Last week, it really hit me that I need to retrain myself. My “natural tendencies” really weren’t natural. I really need to operate on a schedule and routines need to be established. All right then, let’s go, right? Sure. What did I find myself doing? Getting to bed late because I wanted to get computer work done after the kids went to bed. Not getting up early enough before them to get things done before they get up. Exactly what I don’t want to do!

Part of that was because my husband was out of town for work for ten days. That makes it much more difficult when you have to be mom AND dad. Not something I want to do on a regular basis, that’s for sure! I’m thankful to have a hard working and supportive husband, and my heart goes out to the single moms out there pulling double duty. Every day and night.

So, this week’s verse really hit home this morning… 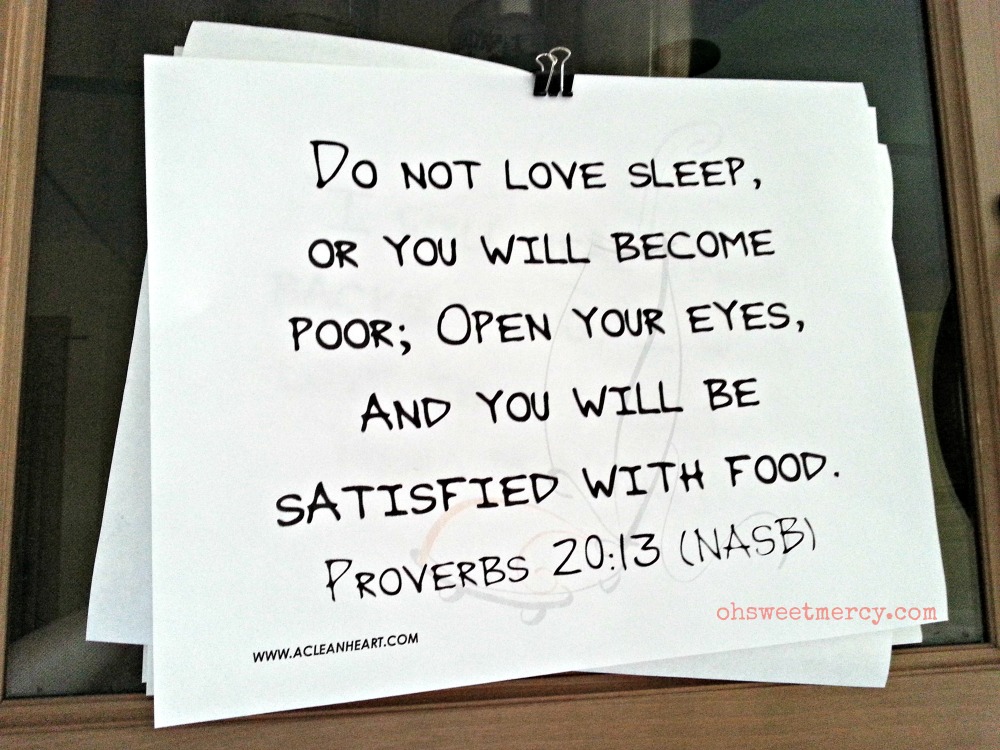 The Clean Heart Devotional also has a pdf of weekly Scripture verses you can download. I print them off and hang them up in my kitchen each week. This one, I think, needs to also be by my bed!

I’ve always loved sleep. Never been rich, at least not by the world’s standards. Hhhmmm. This week’s Devotional talks about spiritual richness, the kind that comes from spending time with YHWH on a regular basis. Not ignoring him or putting off spending that devotional time with him until later.

YHWH set a standing appointment with me months ago, to meet at five a.m. I was getting up early anyway then, so it was just a matter of waking up half an hour or so earlier. I did it many mornings, but honestly most of the time I felt like I was the only one showing up for the appointment!

You can’t go by your feelings, they can be deceptive. But when you feel alone, it’s hard to believe that you’re not. I didn’t receive any profound revelations. Not even instructions for the day. I wondered why YHWH said meet him at five am. I wondered if I heard correctly. Eventually, I stopped showing up at five. Now I’m struggling with getting up early again. I want to get up at five, that’s the only way I can get done what needs to be done before the kids get up.

Well, waking up in the morning starts at bedtime the night before. I have to have seven hours of sleep. I just don’t function well on any less. That means I need to be ASLEEP by ten to wake up at five. This week, I’m working on a new habit of being in bed by 9:30. The kids won’t like it, but I’ll just have them write thank you notes to our best friend Mitch Daniels. 😉

Are you familiar with that vicious cycle? You know the one that goes something like this:

This girl has ridden that Crazy Carousel too many times to count. You feel like you’ll never get off that ride, you’re doomed to eternity going round and round and never getting anywhere. You’re disconnected! Sure, you’re on a routine of sorts, but it’s not productive. It doesn’t bring joy. It only consistently slings accusation and condemnation.

But, what if you made one tiny change? Just one. One manageable, do-able change. Would that be enough? Maybe it wouldn’t stop the Crazy Carousel, but maybe it would let you jump off without getting hurt. Or slow it down. What would that one little change be?

For me, I think it’s getting to bed earlier. Fighting my flesh’s desire to be a night owl.

While I didn’t get to sleep by ten last night, I did get to sleep an hour earlier than the night before and was up earlier today. Even went for a walk this morning. Have gotten some work done and now the kids are starting to wake up so it’s time to get off the computer for a while. Tonight is another opportunity to get to bed on time, and I’ll try again tomorrow to be on time for my daily appointment with YHWH.

ARE YOU RIDING THE CRAZY CAROUSEL OR LOVE TO SLEEP? WHAT IS ONE SMALL CHANGE YOU CAN MAKE TO BE ABLE TO JUMP OFF, OR SLOW IT DOWN?