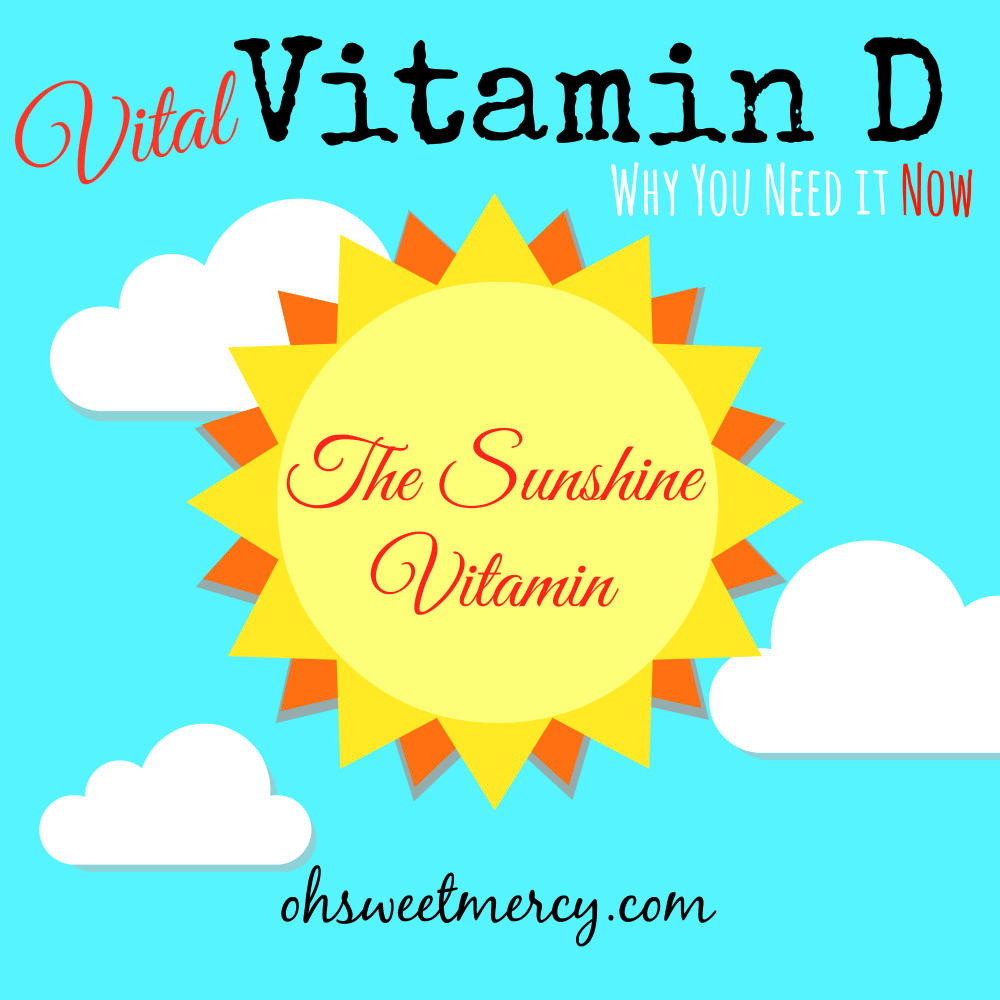 There’s no denying it. Winter is (essentially) upon us.

Along with the cold and the snow comes a diminishing of vital sunlight. We’ve been told repeatedly how damaging the sun’s rays are and as a result, either slather on sunblock or avoid it like vampires. But, we actually need sun exposure for our bodies to get adequate vitamin D since it is not found abundantly in foods.

Many Americans are deficient in Vitamin D

The conditions connected to a deficiency in this vitamin are many, such as obesity, diabetes, hypertension, thyroid disorder, and depression. Vitamin D deficiency may also play a role in ADHD symptoms, although there is not much research to substantiate that theory. Vitamin D is alson known for strengthening bones and the immune system, particularly important this time of year as cold and flu season gets underway. For an in-depth look at vitamin D, check out this post on The Miracle of Vitamin D.

Unfortunately, Vitamin D is not found in many foods.

Eggs can be a good source, provided that they come from chickens who are allowed to be out in the sun. The darker the yolks, the healthier the eggs. If you know someone with backyard chickens, compare an egg from their chickens with one from a supermarket. You’ll be surprised at the difference. 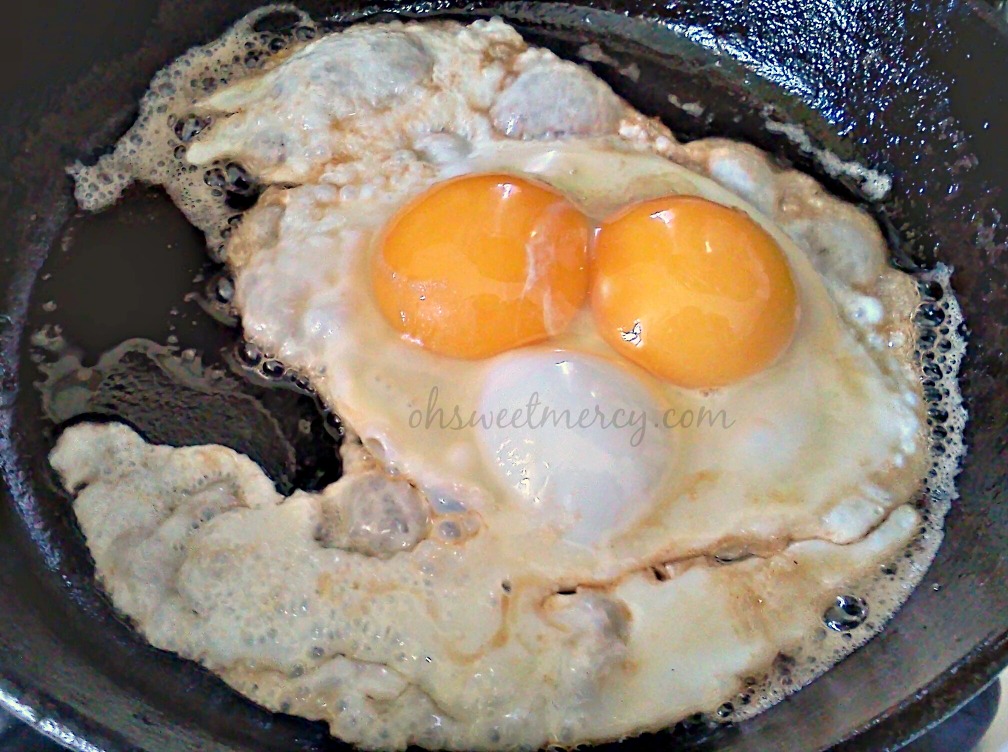 This was a double-yolker from my friend’s pastured chickens.

Other sources of vitamin D include fish such as salmon, mackerel and tuna (and cod liver oil), beef or calf liver, and mushrooms that have been exposed to ultraviolet light.

Milk and cheese that have been fortified with vitamin D are touted to be good sources as well. However, one must ask why it’s necessary to fortify a food that should already have appropriate levels of vitamin D – provided that the cows are pastured, which means they are outside soaking up the sun and munching on green grass.

Dairy cattle that are confined and not allowed access to sunlight and fresh grazing produce milk that is not optimally nutritious (I recommend checking out this Power Point presentation from RealMilk.com about the safety and benefits of raw milk).

An unfortunate side effect of our industrial food production system is that it results in many Americans being deficient in many nutrients in spite of an abundance of food. 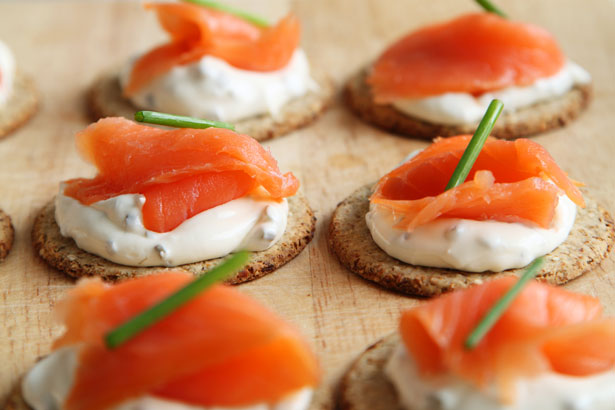 Salmon, and other fish, can be a good source of vitamin D, provided it is wild-caught

Many of the foods I just listed are NOT my favorite, let me tell you! I eat tuna a few times a year, but in general, I do not care for fish.

Most of my life I have avoided the sun like the plague because I tended to burn quickly and severely. Since eliminating gluten from my diet, I have found that I’m not nearly as sensitive to the sun. This summer was the first time I can ever remember being able to be out in the sun and not hating every second of it. I also felt a lot better – until it started getting really hot and I started spending more time inside with the air conditioning. 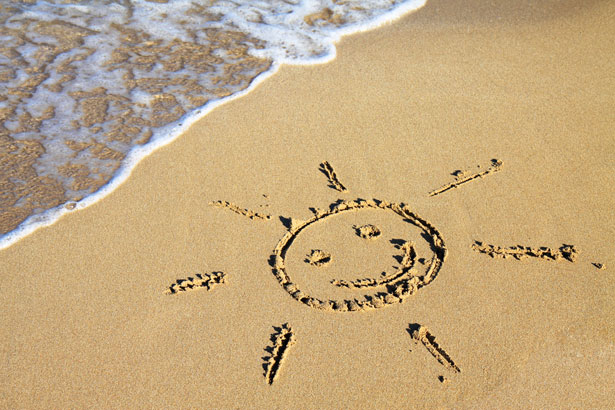 Ideally, you should get your Vitamin D from sun exposure.

According to Dr. Stephanie Seneff:

As a quick summary, when you expose your skin to sunshine, your skin synthesizes vitamin D3 sulfate. Unlike oral vitamin D3 supplements (which are unsulfated), sunlight-formed vitamin D sulfate is water soluble. The water-soluble form can travel freely in your bloodstream, whereas the unsulfated form needs LDL (the so-called “bad” cholesterol) as a vehicle of transport. Dr. Seneff’s suspicion is that the oral non-sulfated form of vitamin D may not provide all of the same benefits as the vitamin D created in your skin from sun exposure, because it is not readily converted into vitamin D sulfate. [Source: How to Get Your Vitamin D Within to Healthy Ranges]

The best time of day for optimal sun exposure to produce Vitamin D is between 10 a.m. and 2 p.m. How long depends on your skin. Dr. Mercola, in the above-cited article, says you only need to have your skin turn the lightest shade of pink, which can be just a few minutes for fair-skinned people like myself. Since that’s not really possible this time of year in my neck of the woods, I’ll have to try to find healthy food sources and supplement.

A recent blood test said my vitamin D levels were too low!

I got the call this morning informing me that it was 18, which is low. A “normal” level is considered between 30 and 80, although some consider under 50 is low. So, I’ll begin a regimen of vitamin D therapy, as well as find real foods that will help increase and maintain a healthy level of vitamin D in my body.

I’m also making the rest of the family get their levels checked! I’m also considering joining the GrassrootsHealth D*Action Study to be able to have an affordable way to test my vitamin D levels, since we’re one of the millions of Americans losing our health insurance at the end of the year in spite of the president’s repeated promises that if we liked our health coverage, we could keep it. Our health insurance was very affordable and very adequate for our needs. Thanks, Mr. President. Thanks a lot.

Interestingly, I have never broken a bone, have healthy teeth, rarely get colds or other illnesses and have only had the flu once in my life – when I was in high school. That was a very long time ago. I do struggle with some chronic issues, however, and the research seems to indicate a connection between insufficient vitamin D and hypertension, thyroid disorders and diabetes.

So, while I have a healthy immune system, I am still suffering the effects of vitamin D deficiency. It takes months to increase vitamin D levels, so I’ll report back in a few to let you know things are going. I’m hoping for good results.

I had linked to an article on Wellsphere about the connection between low vitamin D and obesity. However it’s been brought to my attention that Wellsphere has been shut down due to some controversy. You can read about that here: What Happened To Wellsphere?

Have you ever had your Vitamin D levels checked? What do you do to ensure adequate intake of Vitamin D?