Making your own fire starters is practical as well as easy! In preparation for our Sukkot camping trip, I whipped up these fire starters in less than half an hour.

I’d been saving dryer lint and toilet paper tubes for several months. That doesn’t sound very exciting, I know, but I planned to make some kind of fire starter with them. I’d seen some pins on Pinterest and I had an idea forming in my mind.

Another thing I’d been saving is the “used” wax from my Scentsy burner. You know, the wax that just doesn’t smell as wonderful anymore. I poured it back into an empty Scentsy bar container whenever I changed scents to keep until I made my fire starters.

If you’re looking for a Scentsy consultant, I’d like to highly recommend my friend, Emily.

To make these easy and frugal fire starters, you’ll need to gather a few supplies:

While waiting for the wax to melt, stuff dryer lint into the empty toilet paper tubes. You’ll want to only fill the tube half way and be sure not to stuff it too tightly or the fire starter will just smolder.

Wrap the filled toilet paper tube with a sheet of wax paper, twisting the ends like a piece of wrapped candy. Secure the ends with a piece of cotton string. To use, place one or two fire starters under a pile of kindling. Light the wax paper ends.

Don’t forget to pin this to your Pinterest boards! 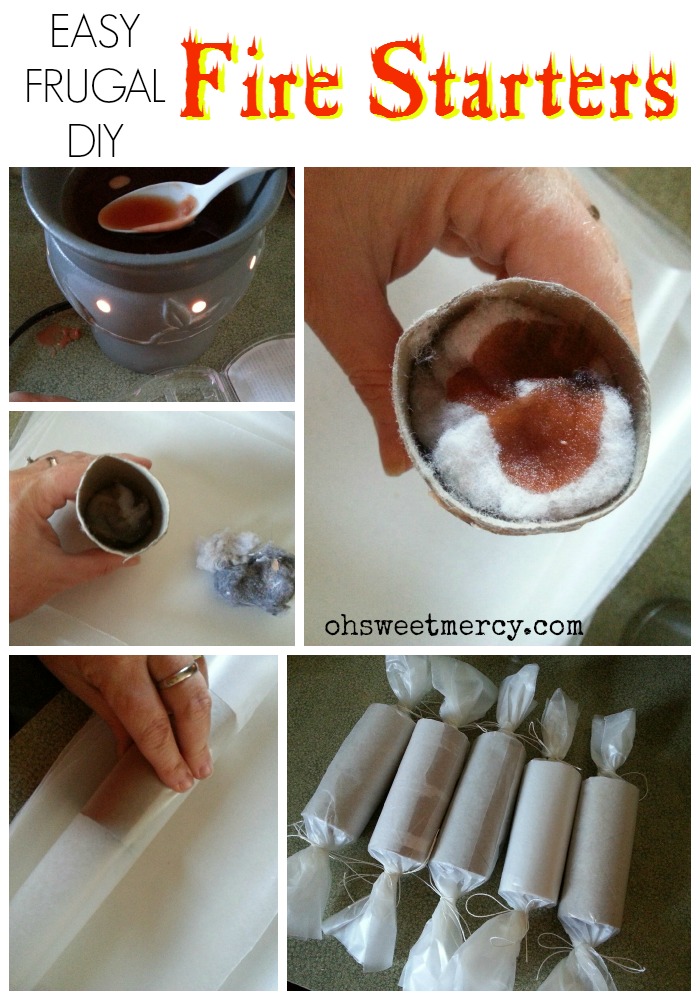 « One Simple Secret for Amazing Low Carb Bread You Need to Try
Cream of Coco Soap – Review and Giveaway! »