Do you have turkey leftover from Thanksgiving? If you’ve also got cooked spaghetti squash on hand, then you’ve got the makings for a delicious, low carb turkey hash!

If you have been following the blog lately, you may have noticed my love affair with spaghetti squash. Ever since I realized that this low carb wonder is a perfect replacement for potatoes, I’ve been dreaming of ways to eat it.

My post on How to Make Squashbrowns has turned out to be very popular, and this recipe for Turkey Hash with Spaghetti Squash is a spin-off from that.

Turkey hash is also a wonderful way to use up those Thanksgiving leftovers!

I had made a spaghetti squash casserole for Thanksgiving and kept some plain, baked spaghetti squash to use for squashbrowns. But, I woke up on the day after the feast hungry for more of that deliciousness. And I had all these leftovers… 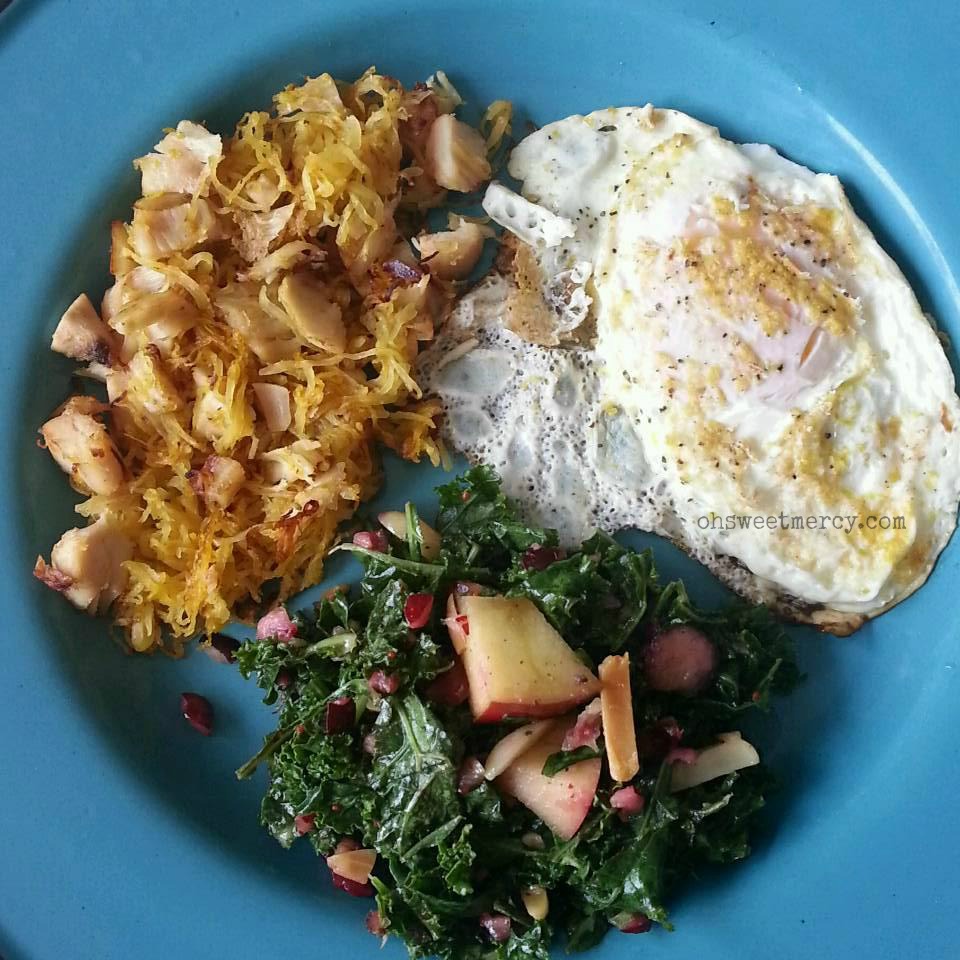 If you’re a “dump cook” like me, then a breakfast hash…or just hash any time, really…is a perfect dish for you to make. It’s so simple, delicious and frugal! You just throw together a variety of ingredients and voila! You have hash.

A hash dish generally has these components, so let your imagination run wild:

The key to getting spaghetti squash to brown nicely is to first squeeze out all the water you can. Trust me on this, you don’t want to skip this step, no matter how time consuming it may appear.

It really doesn’t take that long at all for a single serving, but will take a bit longer for a larger amount. Also, remember that your spaghetti squash will be reduced by about half, so plan accordingly if making more than one serving. I typically pack a half-cup measure with spaghetti squash for one serving. 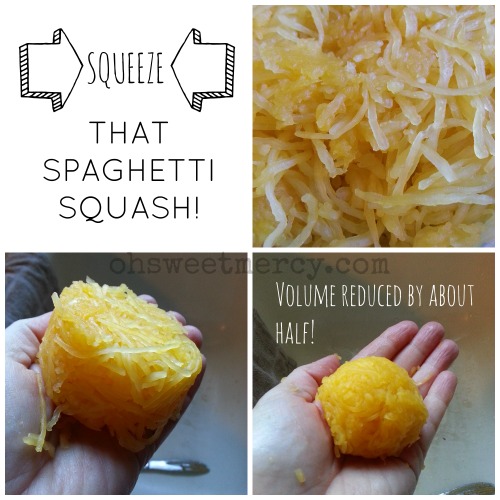 Go on, give that spaghetti squash a big ole bear hug!

Heat your cast iron skillet while squeezing out the water in your spaghetti squash. Right before adding the squash to the skillet, melt some butter or coconut oil in the skillet.

Spaghetti squash takes a bit of time to brown, so you want to add delicate ingredients like kale or fresh garlic in the last few minutes of cooking.  If you want to add vegetables that take longer to cook, such as broccoli, go ahead and add them with the squash.

Add cooked meats during the last few minutes to warm them.

Don’t forget to season to your taste!

If your leftover turkey is already flavorful, your turkey hash may only need some simple salt and pepper. Don’t be afraid to try something spicier…like Cajun seasoning! If you’re a Trim Healthy Mama follower, the cayenne pepper in Cajun seasoning will be a welcome metabolism booster.

I just made a very simple turkey hash…spaghetti squash, turkey, Cajun seasoning, nooch (nutritional yeast) and a bit of salt and pepper. I was hungry and didn’t feel like messing around with veggies. If I had felt like it, I could have added…

Instead I opted to have, on the side with my turkey hash, another favorite Thanksgiving leftover: Kale Apple Salad. I’m going to have to post that lovely thing soon! I intended to have an S meal, but the apples in the kale salad made it an S helper. Still on plan! Stick to S friendly fruits such as berries if you’d like to have a fruit with your turkey hash if it’s made for an S style meal.

Another must for a delicious THM S hash breakfast is, of course, a nice dippy egg. That’s where the yolk is warm and runny, and mixing that golden goodness with a bite of spaghetti squash turkey hash is Oh. Sweet. Mercy. Good.

That’s all there is to making a delicious, healthy, low-carb turkey hash with spaghetti squash. Eat it for breakfast, lunch, dinner…even a snack. Your body, and your grocery budget, will thank you!

Trim Healthy Mamas, you can make this S, E, or FP depending on what you add:

Be Sure to Pin this Low Carb Turkey Has to Your Favorite Pinterest Boards! 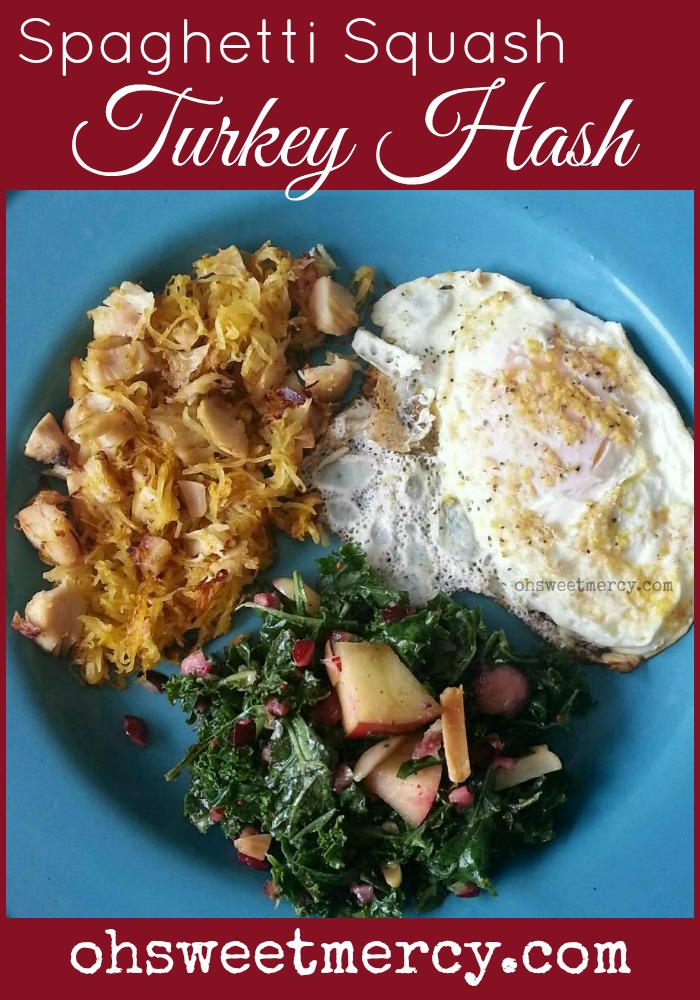